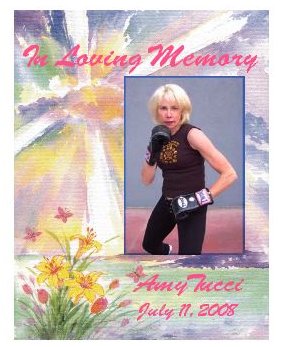 Amy C. Tucci LAWRENCEVILLE – Amy C. Tucci, nee Race, 55, died Friday at home surrounded by her loving family. Born and raised in White Township, Warren County, she was a resident of Ewing – Lawrenceville since 1972. She attended White Township elementary school and was a graduate of Belvidere High School and Trenton State College. Amy was the co-owner/co-director of the Princeton Academy of Martial Arts which was established in 1987. She was previously employed by the State of New Jersey Department of Labor and Industry. Amy was internationally known as a Martial Arts Instructor. For many years she was one of only three women certified as a full instructor of Bruce Lee’s Art of Jeet Kune Do having been trained by Bruce Lee’s best friend Dan Inosanto. She was well trained in the Martial Arts of Thai Boxing, Filipino Kali and Indonesian Silat. Amy was an inspiration and mentor to many women not only in the physical aspects of the martial arts but the spiritual and mental aspects as well. Amy was a true artist in every sense of the word. She painted and did pastels and drawings for years and even showed her works in Germany. Throughout the years she enjoyed traveling and took many vacations in Europe. In her later years she learned how to speak German, play the cello, play the drums, and horseback riding. She enjoyed life and lived life to the fullest. She is survived by Rick Tucci; her parents Samuel R. and Jean A. Race of White Township; a brother William Race of White Township; a sister and brother-in-law Carol and John Gross of Bangor, PA; a niece Keri Race of Belvidere; and her many friends and students at Princeton Academy of Martial Arts.

Friends may call 6-9 p.m. Tuesday at The Mather-Hodge Funeral Home, 40 Vandeventer Ave., Princeton. A Memorial Service will be held 8 p.m. Tuesday at the funeral home. Interment will be in Hazen Cemetery, Belvedere, at a time to be announced. Memorial contributions may be made to World Wildlife Fund at www.worldwildlife.org (888-993-9455) or Make-A-Wish Foundation at www.wish.org (866-880-1382). 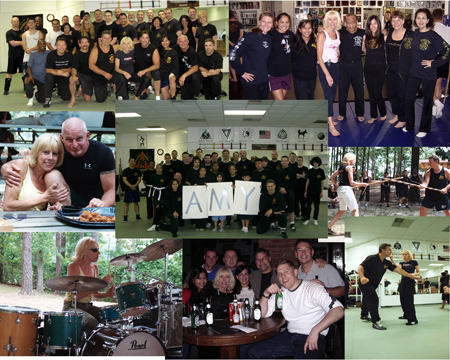