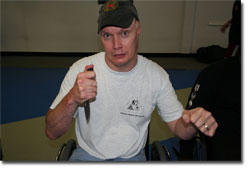 Currently, I have my own American Freestyle Martial Arts Academy in Covington, Virginia. I have helped several students to achieve black belts in American freestyle karate. I have trained several of my students in what I call my multi-arts curriculum. 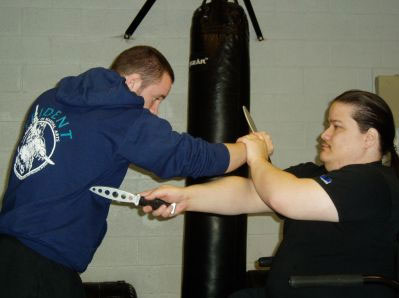 I have studied different martial arts systems since 1983. The two that I consider to be the main styles in my background are Trident Defense System (a combination of the arts of Muay Thai, Filipino Martial Arts, and Jun Fan Gung Fu/Jeet Kune Do Concepts) and Shindokan Tozan-Ryu Okinawan Karate. Along the way I have dabbled in basic joint locks, pressure point applications, and anything else that I find useful for self-defense from a wheelchair. 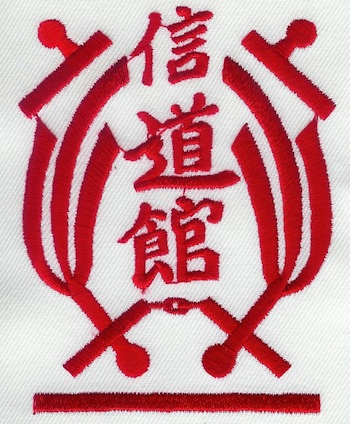 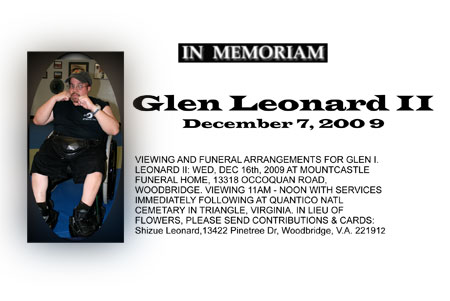 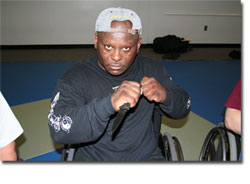