The Inosanto Academy of Martial Arts Salutes John Millard for his work with brain-injured survivors in Vancouver, British Columbia. 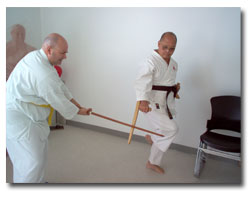 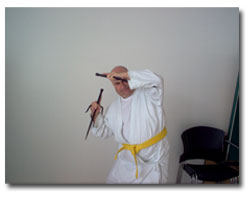 John began the self-defense club about five years ago, and developed it into a Karate Club.  Officially established in March 2004, the Lower Mainland Brain Injury Karate Club has around 10 students.  They meet once a week, and there is no charge for the club. 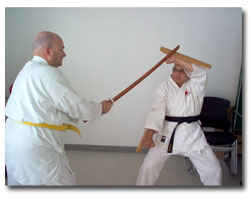 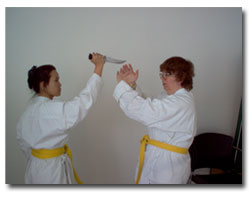