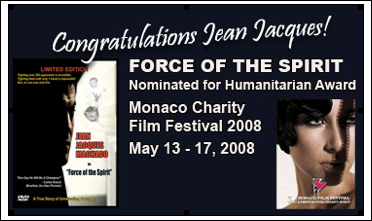 “Force of The Spirit” accepted into the Monaco Charity Film Festival 2008!

Jean Jacques Machado’s Best Selling Documentary “Force of The Spirit”, will be competing for the Humanitarian Award at the Monaco Charity Film Festival 2008. Jean Jacques himself will be traveling to Monaco to attend the event on May 13 -17, and hopefully come home once again a champion!

For more information about the event, please visit www.monacofilmfestival.org To see the nomination, click on “FILMS 2008”, then scroll down to “FEATURE DOCUMENTARIES”.

A series of sweeps and submissions from the closed guard. Pick up your copy today!