My state of Minnesota is one of the coldest places in America, with freezing temperatures regularly dropping to below zero during the winter. Many people say that the harsh conditions of Minnesota winters seem to add an extra level of motivational difficulty to training by building character. Out of these rough winters have come many great athletes and sports figures such as Greg Nelson.

At an early age, Greg was involved in all kinds of athletics, among them swimming, basketball, t-ball, you name it. It was during his high school years that he found two sports that would ultimately play a huge role in his future: gymnastics and wrestling. Each sport was built on strong team discipline and coaching methods, with twice a day practices being common in gymnastics. His gymnastics team took 3rd, 1st and 2nd place in the state tournament during sophomore, junior and senior years respectively. Greg took 2nd place in the Junior National Freestyle Wrestling Tournament in his weight division.

When it came time for college, Greg was eligible for scholarships in both sports, so he decided to flip a coin, and it came up “wrestling.” Greg joined the University of Minnesota’s wrestling team. Now, for those who don’t know wrestling, in the upper Midwest it’s always been a huge sport. Many of America’s top wrestlers are recruited to go to colleges in Minnesota, Iowa, Wisconsin and Michigan. Greg competed at a national level and further developed his athletic abilities for 4 years while working on a degree in International Relations/Interstate Diplomacy.

While Greg was working at “My Pie Pizza,” an incident occurred during which he met Steve Kaye. After watching Steve perform some swashbuckling techniques in the kitchen, he approached him and asked where he learned his moves. Steve was reluctant to tell Greg at first, but eventually relented and brought him to Guro/Khru Rick Faye’s garage. From that point on, he was hooked and began his training in Kali, Jun Fan and Muay Thai.

During this time, Greg got a job at the local Target department store, where he began a career as a Loss Prevention Officer. At Target, Greg found many opportunities to experiment with his martial arts skills, and he learned many practical lessons like “Sometimes when you kick someone in the leg, they just won’t go down.” Working in Loss Prevention gave Greg many chances to learn “real world” applications of force.

In 1992, Greg started his own school: The Minnesota Martial Arts Academy. The Academy is based on a Latin phrase “Opera Non Verba,” which roughly means “Deeds Not Words.” His vision was to develop a core group of fighters committed to combative integrity in martial arts. The idea was to take martial arts theory and put it to the test, finding out what works and what doesn’t, and gaining knowledge from the experience because for many people, experience is the best teacher.

Greg kept a rigorous schedule working during the day, from 6:00 A.M. to 2:00 P.M., then at the gym for three hours, five days a week, plus four hours on Saturday. Team training started every day at 3:00 P.M. and lasted until 6:00 P.M. when evening classes started. Class ran from 6:00 – 9:00 P.M. His classes focused on what he had personally discovered that worked in the ring and on the street. This mentality was all about hardcore physical fitness. Greg hopes that people will develop physically, mentally and emotionally by forging through the deep barriers of fatigue.

Greg’s philosophy about martial arts is based on his personal experiences. He believes we must challenge our assumptions, and that we can appropriate any techniques we have learned. Putting your skills to the test will only help develop your martial arts ability, and hence develop you mentally and emotionally. He believes in competition – not necessarily for the sake of domination – but for your own personal development. 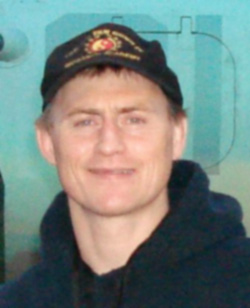 Greg Nelson has his roots in athletic training and competition. Nelson is a former University of Minnesota Wrestling Team member and an All-American high school gymnast. Since starting his martial arts training in 1983, Mr. Nelson has earned Full Instructor Credentials in Jun Fan Martial Arts/Jeet Kune Do Concepts, the Filipino Martial Arts, and a Level III Instructor in Maphilindo Silat under Guru Dan Inosanto. Mr. Nelson is also a Full Instructor in Muay Thai under Ajarn Chai Sirisute of the Thai Boxing Association of the USA. A grappler at heart, Nelson earned the level of Advanced Student in Shoot Wrestling under Sensei Yurinaga Nakamura, and a certified Full Instructor in Combat Submission Wrestling under Erik Paulson. In 2002 Greg was awarded his Black Belt in Brazilian Jiu-Jitsu under professor Pedro Sauer. Greg has taught tactical training to numerous Federal and local law enforcement agencies and military units, including the FBI, the US Army National Guard, and the Federal Air Marshalls. In addition, Greg is a husband and father of two young children. Greg is also a 2 time cancer survivor after beating first non-nodgkins lymphoma and secondly beating a rare form of nerve cancer called neurolymphomatosis.

On a competitive level, Nelson has put his skills to the test. After graduating from college in 1989, Nelson started competing again in 1993. Nelson fought Muay Thai in the US and in Canada, Amateur Shoot Wrestling(MMA), won a Gold Medal in Brazilian Jiu-Jitsu in the 1999 Pan-Ams, a Silver Medal in thee 2000 Pan-Ams, and most recently three golds in 2001 Grappling Games in LA.