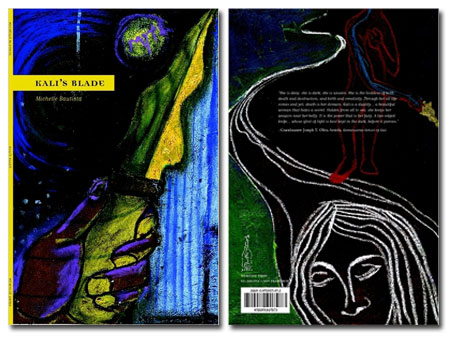 About the author
Gura Michelle Bautista
The Kamatuuran School Of Kali
http://home.inreach.com/gldnbear/kamatuuran/

Otherwise known here as the webmistress, Gura Michelle Bautista has been training in the School of Kamatuuran Kali since 1994. She has done Kali demonstrations and lectures throughout the San Francisco Bay Area including at SF State, Pacific Association of Women Martial Artists Bay Area Demo, Arkipelago Books, and EBMud Asian Pacific Heritage Celebration.

She received 2nd place in the US national women open forms division at the WEKAF (World Escrima Kali Arnis Federation) championships and 3rd place in the international competition held in Cebu City, Philippines in August 2000.

By day she works as a Macintosh Technical Support person at UC Berkeley, her alma mater. Along with being a martial artist she is also a writer. Her work has been published in several anthologies, including “Babaylan:Anthology of Filipina Writers.”