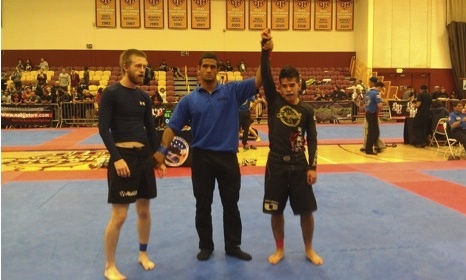 Luis dominated his larger opponents with dynamic technique and an un-passable guard on his way to the championship match where he once again fought a taller, heavier opponent. Luis put up a great effort but in the end, the size difference finally took its toll and he lost on points, finishing with the silver medal.

Congratulations again to Luis and Team Inosanto BJJ on a hard fought and well deserved medal.